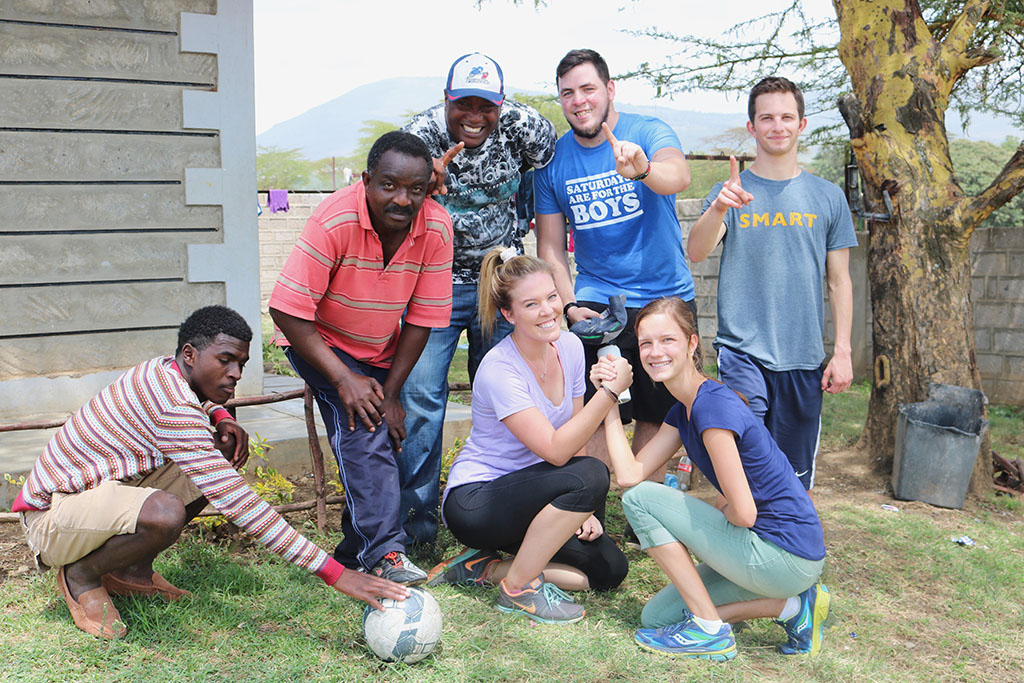 Hi everyone!  Today we started our day down near Mai Mahiu again! We went to Lulu Place, which is the dormitory for the young girls’ part of RVF school. It’s a safe area that keeps them away from the town at night. We met eight of the girls and sang worship songs in Swahili while we waited for the guys to get there.

An intense soccer game began once everyone got there. The game included girls and boys of all ages from eight to sixty-eight. There were also some volleyball and smaller games for those whose feet-eye coordination is not all that great. It’s much warmer down in the valley, and there wasn’t any shade, therefore, most of us got fried. We did actually put sunblock on, mom!

After the game ended, a group of local women from “Women of Courage” set up stations for items to sell. Women of Courage is an organization part of RVF that keeps women close together, praying for one another, supporting each other, and providing a means for them to make a living. The proceeds of the items go directly to the women and their families, so we’ve been saving our shillings specifically for their goods. All of their items are homemade and probably where a majority of your souvenirs came from! 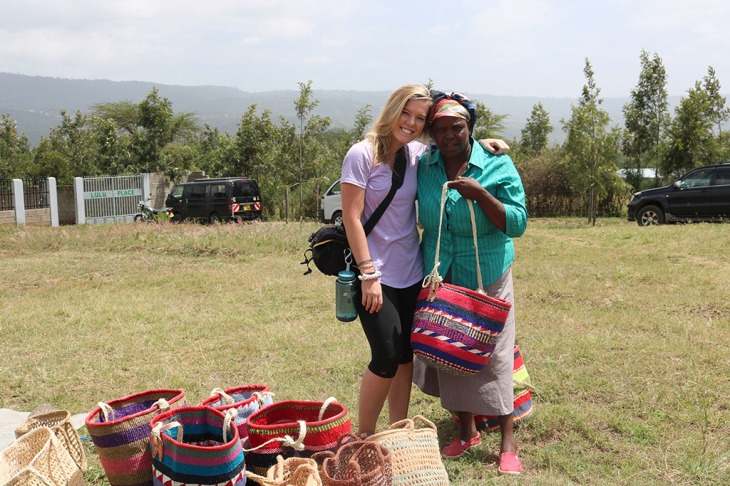 We went to Ubuntu for the second time and had a great lunch. We had wifi and tried to say hello, but most of you were asleep given it was 5 am your time.  On our agenda for tonight will be some popcorn and M&Ms (shoutout to Heather) and The Lion King. We are preparing ourselves for the safari since we know the animals will look JUST like that. Thanks for keeping up with our trip and for your continued prayers! We appreciate your encouragement, Mom-mom Grace!