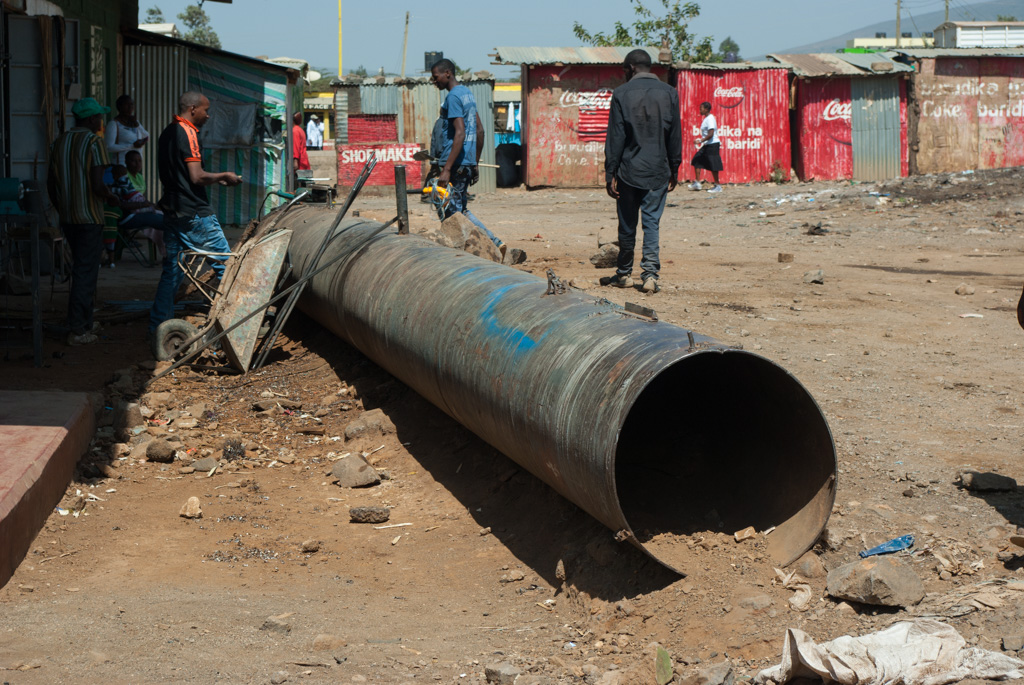 Today was a full day. We started it off with a delicious breakfast of chocolate chip pancakes, porridge, sausages, and fresh watermelon! Soon, we climbed into the vans and made the trek down to the Rift Valley Fellowship building in Maai Mahiu.

After we all gathered there, we headed out in groups to see what life on the streets is like for boys and girls. Immediately, we were hit with a tough sight as we saw a large drainage pipe that was used by young girls to sleep in. We then proceeded to walk around town and see other locations that would be used by the children to sleep and gather goods to sell. In particular, one group visited a small shelter that is smaller than a dorm room, but would hold forty plus children at night.

Later, the entire team traveled to a dump an hour’s walk from town where young boys would go to search for scraps of trash to find something to eat or anything valuable they could sell. We were led by a young RVF staff member named Joseph who grew up on the streets and had to visit the dump three times a week in order to survived. He went on to share that the boys would jump into the trash truck from Kijabe before it even reached the dump because it held the most valuable goods. 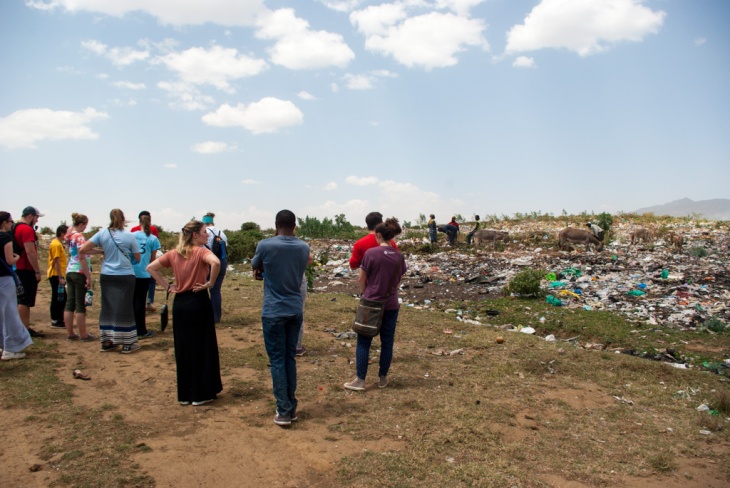 Afterward, we traveled to a small gorge which would hold a tiny stream during the wet season that children would use to bathe.

The final portion of the afternoon was filled with a few visits to women living in the IDP camp. We spent time listening to their stories and praying for God’s continued provision.

We are ending the night with some lovely stargazing on a nearby soccer field with minimal light pollution. It should be a blast!